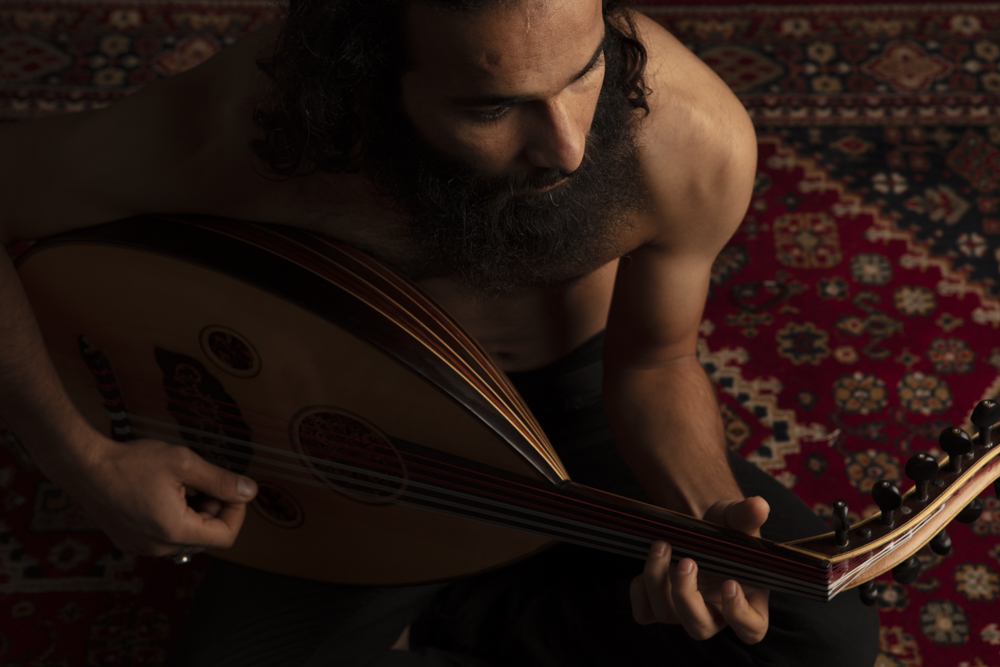 Young Iraqi musician, player of Oud (oriental lute), trained in the great schools of music in Iraq. He created the group Solo Baghdad, then arrived in Belgium, he recorded in 2015, with MuziekPublique on the album Amerli, Refugees for Refugees. He then creates the band Nawaris and this time records an album at the Homerecord Label. His music is imbued with both traditional Iraqi music but also different musical encounters he has made, especially in Brussels. On the other hand, he performs the music of a play, “Les Inouïes”, which is currently shooting in Belgium and France (Avignon 2018). In parallel with numerous concerts and performances in Belgium and Europe, Hussein Rassim is also at the origin of a documentary “The way back”, for which he signs the music with his acolytes Juliette Lacroix and Ersoj Kasimov. He also performs in an “Egged On By Music” film-concert with Cinemaximiliaan.