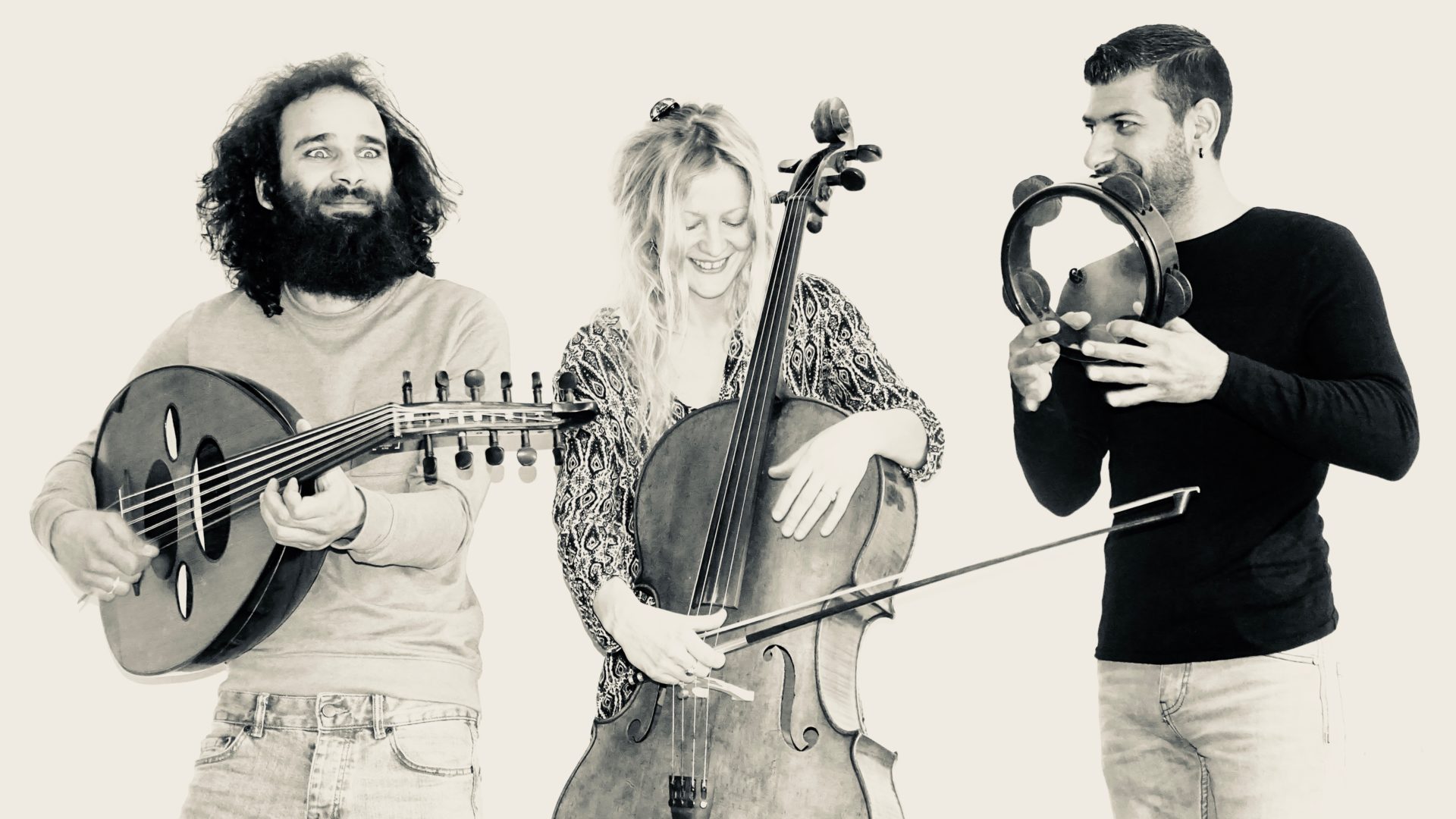 Éclats is a new ensemble of world music, inspired by the music of the Middle East but also by the musical universe of each member of the group. You will discover new compositions, but also some pieces of the classical Arabic repertoire.

Hussein Rassim, Iraki oud player, who studied music in Baghdad. Since his arrival almost three years ago in Belgium, his compositions grow with his multiple new encounters in Brussels.
Juliette Lacroix, a cellist from France, she followed a classical Conservatoire course and taught for many years in the Bordeaux region. As a musician, she turned to improvised and world music.
Ersoj Kazimov, percussionist from Macedonia. He has played and still plays alongside great musicians such as Trio Joubran, Kamila Joubran … He is a specialist of Balkan and Turkish music.