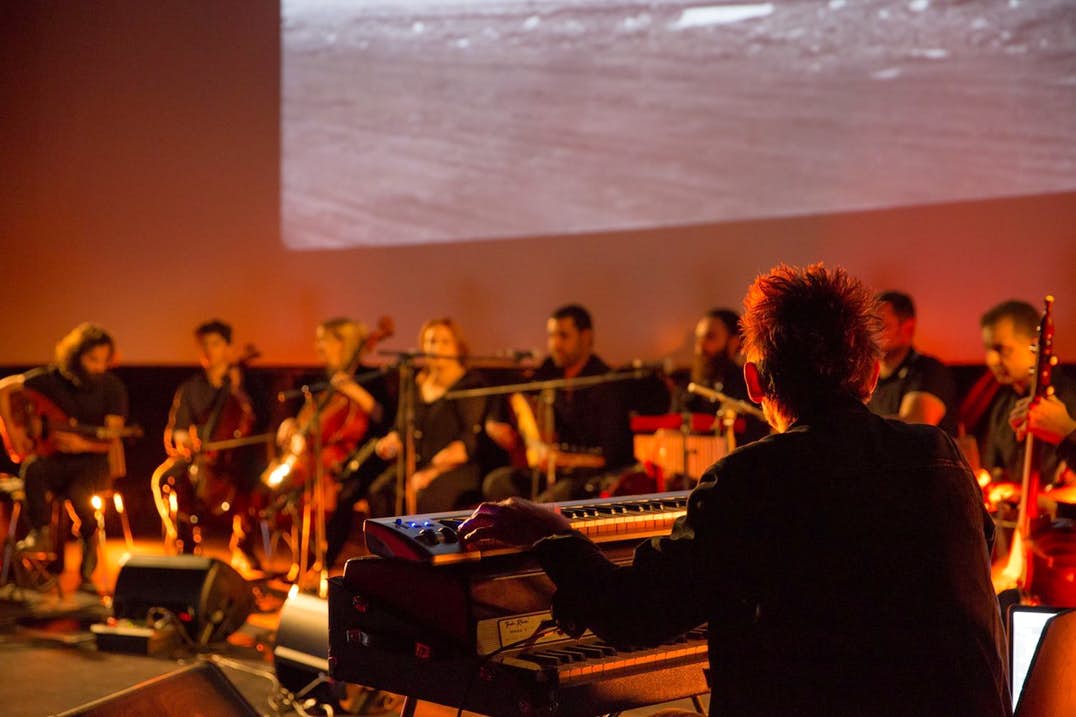 Egged On By Music

Fourteen musicians from all around the globe worked together for more than a year to create music for a silent film. At the core of this project lies the inspiring power of various musical traditions and sounds. The ensemble consists of musicians from Afghanistan, Iran, Iraq, France, Syria, Italy and also from The Netherlands, Switzerland, Belgium and Brasil. Based on improvisations and under the musical leadership of composer Simon Ho and pianist Emma Heijink, the group put together an experimental soundtrack, in which pop, jazz and rock influences are mixed with oriental ornaments into a groundbreaking musical adventure. In an innovative way, the music enters into dialogue with the silent comedy “Egged On” from Charley Bowers (1926) in which the protagonist attempts to build a machine to make unbreakable eggs.